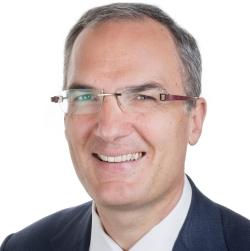 Xavier Oberson is a Professor in Swiss and International Tax Law at the University of Geneva. After his studies at the University of Geneva where he obtained his law degree and his Doctorate in law in 1990, he pursued his studies and research at the Harvard Law School where he obtained a LLM and also completed the International Tax Program (ITP) in 1992. He also is an attorney-at-law and has been a partner of the law firm Oberson Avocats, since 1992. As of February 1st 2016, he is partner and president of the board of the law firm Oberson Abels SA.

Professor Oberson participates actively in expert commissions at the federal and cantonal level. For instance, he was appointed as a member of the group of experts «Collaboration internationale en matière fiscale» (International tax cooperation) set up by the Swiss Federal Council in March 2009 and participated in the negotiating team of the new Swiss-US double taxation treaty of 2009. Since 2010, he is an active member of the expert’s team «Commission fédérale d’harmonisation des impost directs» (CHID).

In 2012, he was awarded the «Step Private Client Awards, The Geoffrey Schindler Award for Outstanding Contribution to the Profession». He has published numerous books and articles in the field of Swiss, comparative and international tax law. Among the significant publications, it is worth mentioning: