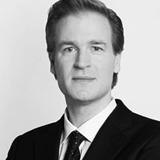 James Menz is Deputy Secretary General and Head of Case Management at the German Institution of Arbitration (DIS) in Cologne/Berlin, Germany. The DIS is a leading institution for the resolution of commercial disputes, administering hundreds of arbitration and ADR proceedings. Offering a complete set of conflict management, ADR, sports and commercial arbitration rules tailored to the needs of the business community, the DIS is one of the most diversified dispute resolution providers in the world.

Prior to joining the DIS, James practiced international arbitration, complex litigations and competition law at Schellenberg Wittmer in Zurich and Shearman & Sterling in New York. He has advised parties or acted as counsel, arbitrator and legal secretary to arbitral tribunals in numerous arbitrations involving a variety of institutional arbitration rules. He is also experienced in ADR techniques such as adjudication and mediation.