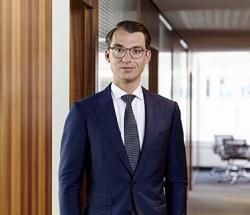 He completed an internship at Froriep in 2012 and during studying for his Masters Eric worked in the legal affairs department of an international technology company.

His thesis focused on cloud computing, which was awarded with the «Semesterpreis» from the University of Zurich. His working languages are German and English and he also has a basic knowledge of French and Spanish.